Zed Games brings you the best in gaming news, reviews, community and culture. Produced live in Brisbane at 4ZZZ Studios, we’re broadcast around the country on the Community Radio Network.

Our home station, Triple Zed is a completely independent, not for profit broadcaster, run in large part by volunteers.  The majority of funding required for broadcast comes from our supporters and subscribers.

Zed Games’ position as an independent voice in the gaming media means that our listeners can trust us to deliver news, reviews, and opinions that are completely free from bias or commercial influence. 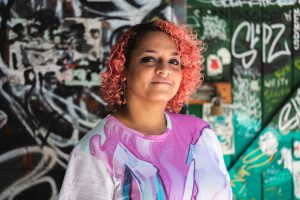 I can’t remember what the first video game I ever played was, it was before I could read (which makes remembering the title a little difficult!) but the game that made me fall in love with gaming was Spyro the Dragon. My longstanding favourites includes Portal, Minecraft, Destiny 2, and The Long Dark. I always enjoy a good story and compelling characters, and I find myself grumbling about characterisation a lot. Otherwise, I’ve studied games design, I’m the oldest sibling, and I love the colour pink. I play mostly PC games, but PS4, Xbox One, and Switch games aren’t safe from me! 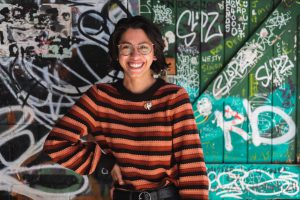 I am an adventure and RPG gaming nerd. I love to play all kinds of games and often find myself drawn to particular games because it boasts a cute art style, good story-line, or amazing soundtrack. I started getting into games on a Nintendo Gameboy and have since played on PlayStation and Xbox. As I grew, so did my “sophistication” and I now mostly get my games fix from my PC or my Switch. I’m always on the hunt for new and fun games. Like the real gamer girl I aspire to be, I love The Sims, Life is Strange, and Pokémon. I have a degree in English and Writing and can sometimes be found streaming on Twitch. Mostly, I’m on the lookout for new games that are going to give me a good adventure, so if you have recommendations send them my way. 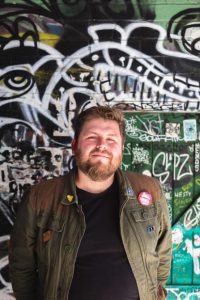 Growing up on the mean streets of suburban north west Brisbane, Paul (AKA ‘ Grandfather Time’) gained his street cred at an early age with PC titles such as ‘Space War’, ‘Captain Comic’ and ‘Aldo’ before moving onto the hard stuff, ‘Shark! Shark!’ for the Intellivision. In his formative years he became a great fan of the point and click adventure genre and scavenging local BBSes for shareware. After gaining his credentials in game design Paul was famously quoted as saying “It would seem much easier to simply talk about games than make them” and would later go on to create a Podcast called ‘Eight and a Half Bit’ which still remains not-deleted to this very day. Paul will play almost anything on any platform he can get his hands on with a penchant for the unique and unusual. He does not like Pokemon, MMO’s or rocks in his socks. You can though. It’s fine. Favourite games include: Monkey Island 2, Outer Wilds, Giants: Citizen Kabuto, Little Big Adventure, Magicka, Beat Saber, Dungeon Keeper 2, Castelvania: Dawn of Sorrow, Osu! Tatakae! Ouendan and a thousand others. 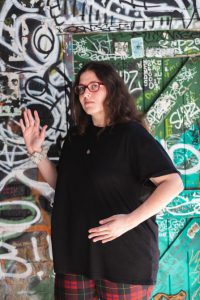 I’m a lover of all things games, video, tabletop or roleplaying! I’ve been passionately playing since primary school, but my tastes have shifted a lot since my Runescape days. I don’t have a favourite genre but adore video games that focus on storytelling (especially if they can make me cry). I mostly play on PC but have a collection for my switch too. Some of my all-time favourites are: Don’t Starve, Night in the Woods, Wandersong, and Tales from the Borderlands. I love trying out new tabletop games especially if they have a weird settings or unique mechanics! I’m a moustache wearing, not quite Atari old school, but definitely a 5½ inch floppy, anti-piracy Code Books/Wheel, hooking up the Nintendo Entertainment system via the Aux Cable attachment and turning the TV knob to channel 4, kind of Old School gamer. I grew up in Melbourne but have couch/console surfed most of the east coast of Australia with a laptop, hard drive and a Nintendo device in tow. I was indoctrinated into the gamer world at a young age with Sierra’s Mother Goose and Super Mario Bros. Now I’ll play on anything I can get my hands on; clickers and puzzle games on mobile, PC MMO’s, FPS’s and anything that will turn my PC tower into a wind tunnel. I’m working at getting more into consoles, but I still can’t play a twin-stick shooter to save my life. In my heart of hearts, I am a social gamer. My best memories of gaming are from playing games with friends, battling together in an MMO like World of Warcraft or Destiny 2, chatting about tips, tricks and trades in Animal Crossing or just sitting together while swapping controllers in Super Smash Brothers. That, or a puzzle/management sim game like Factorio, those can make me zone out for hours. My favourite game? Let’s find out together. 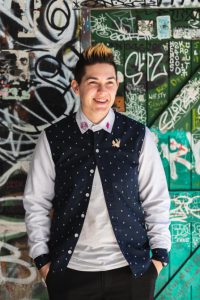 I’m a Games Design graduate who loves big and small creative experiences. I love to dive into the feelings of games as well as artistic elements that tell a compelling story. I don’t really have a favourite genre of game however I don’t really like horror games. Some of my favourite games of all time are: Detroit Become Human, Overwatch and Mario Kart 8 Deluxe, I usually play PC, Nintendo Switch or Playstation and on the off occasion will test out some Android mobile games. You’ll usually find me announcing and producing the live show each week as well as out and about the local Brisbane Game Development scene.