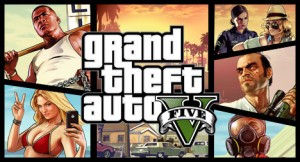 Our newest recruit Alanah Pearce presents a feature on out most anticipated games of 2013!

The crew sat down for a discussion with Megan Summers and Anthony Wood of Screwtape Studios. We talked about what it’s like working as an indie developer in Brisbane, as well as their games Conduction, Bank Job and the upcoming Invasion.

Lee gave us the lowdown on space-western Borderlands 2!

4. BEATMATIC – Way of the Voice

We talked about the specifics of the R18+ Classification Guidelines, taking effect in Australia from 1 January 2013.

We also talked about the release date and pricing of the upcoming Nintendo Wii U console.  Nov 30 release date, AU$349 for basic model.

1. INSERT RUPEE – The Life and Death of Kirby

5. LUSTMORD – A Light That Is Darkness

This week the guys talk about the Sexiest Video Game characters of all time!

Lee gives us an update about the potential WOW killer, Guild Wars 2.

This week Jody told us about the digital versions of the old-school Game Books, as well as the Choice Of: adventure novels.  Most are free for iOS and Android!

We discuss Boss Fights!   Our favourites, and why do so many games have them anyway?

From one of the best big crescendo moments in Left 4 Dead 2.

This was on the soundtrack of a post-Doom FPS called Quarantine, which I have never played but kind of want to because the soundtrack is all Australian rock bands from the 90s and that’s amazing.

From Silent Hill 3, which has a particularly crazy boss fight.

We had a chat about our favourite all-time open world games.

And we announced our Radiothon prizes!  Subscribe before the 26th to win!  Details here.

Razor presented a special musical episode of Zed Games, with some of his favourite songs from the past few months as well as listener requests.

Also, an excerpt from “Video Games and the Human Condition” by Jonathan Blow.

3. INSERT RUPEE – The Life and Death of Kirby

The Zed Games crew has a discussion about the scariest games they’ve ever played.   Is yours on the list?

Candi Payne ridicules us for being scared of games but what scares her?  Listen to find out.

This week, the Zed Games crew are joined by Kingdom Hearts authority Kaylah, who schools us about the latest installment of the franchise: Dream Drop Distance (3DS).    Also in this episode, we get a glimpse at the inner workings of Lee’s mind as he struggles to comprehend the Kingdom Hearts universe.