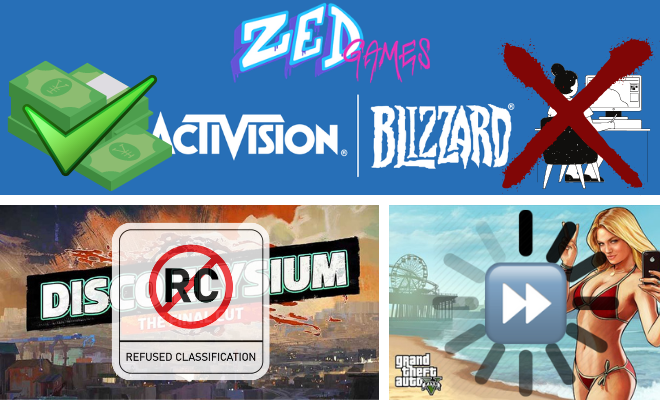 Activision Blizzard has had a profitable year, with stock prices doubling, a record financial year, and this year’s reports showing they expect to hire up to 3,000 people in 2021. So the recent spree of layoffs has come as a surprise to some. On March 16th, 50 people were laid off from the e-sports and live events teams, and up to 140 job are speculated to have been trimmed in other departments. Employees are also preparing for layoffs in various offices around Europe as Activision Blizzard prepares to consolidate the publishing team to the United Kingdom.

At the same time, due to the abundant year and stock prices, it is claimed that CEO Kotick may be paid out up to four years’ worth of bonuses, amounting to up to $200 million.

In more positive news, it has been confirmed by Polygon that Vicarious Visions, who were incorporated into Activision Blizzard in January, are still handling the Switch and next-gen console ports of Tony Hawk’s Pro Skater 1 and 2.While the Switch port is set to release sometime this year, the next-gen console release will be out on March 26th. Disco Elysium: The Final Cut has joined the ranks of DayZ, We Happy Few, Fallout 3 and Saints Row IV, with the game also being denied classification by the Australian Classification Board. Currently the reason for refusal is under code Computer Games 1(a), in that the game offends “…against the standards of morality, decency and propriety…”. It is assumed by several outlets this is due to Disco Elysium: The Final Cut utilising drug and alcohol misuse as a game mechanic. As some core tenets of the story can involve struggles with drug and alcohol abuse, developer ZA/UM will unlikely find easy fixes such as the stimulant name changes that reversed Fallout 3’s classification refusal.

At the time of writing Disco Elysium is still available for purchase from online game platforms GOG and Steam, with “The Final Cut” releasing as a free upgrade on the 30th of March.

The meme-worthy loading times of GTA V Online have been fixed in a recent update after being found by mod maker/hacker going by the handle ‘t0st’. After isolating several issues, t0st managed to reduce GTA V Online’s loading times by almost 70%. According to t0st, after gaining traction for the fix online, Rockstar picked up the issue and rewarded them $10,000 as an exception for Rockstar’s vulnerability reporting program, “Bug Bounty”. Rockstar also posted a direct thanks in the notes for Patch 1.53, integrating the timesaver into the game. 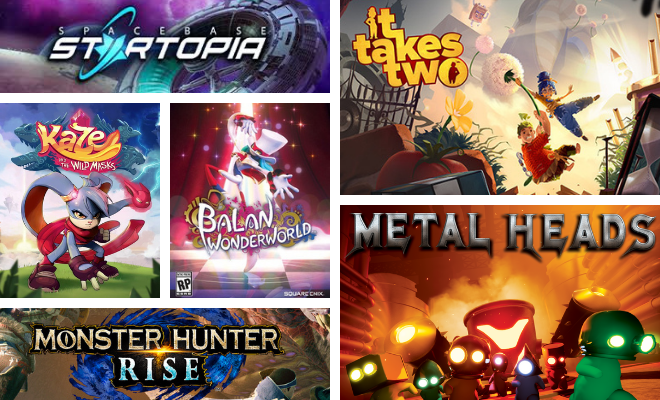 And some games coming out from the 24th March to the end of the month.

Releasing on Friday March 26th, It Takes Two is a co-operative action adventure coming everywhere but the Switch. And speaking of cooperation, Monster Hunter: Rise is also out on the same day, but just to the Switch.

Want to fight enraged vegetables in a 90s inspired platformer? Kaze and the Wild Masks has you covered, releasing on console and PC. How about a 3d platformer? Then check out Balan Wonderworld’s reviews on the gaming machine of your choice, both also releasing on the 26th.

On the 27th we have Spacebase Startopia, a humorous space base management sim on PC, PS4 and Xbox One. Or you can check out Australian-developed Metal Heads for some mini game madness with a metal soundtrack on PC.

Plus many, many more.

For a comprehensive list of games coming out soon, check out this LINK.