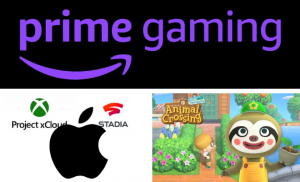 It has been suspected that issues would arise as Microsoft’s xCloud service, and Google’s Stadia, turned their focus towards Apple devices, but it has been confirmed by Apple that such services violates the App Store guidelines, and cannot exist on iOS in their current forms.

In an official Apple statement: “The App Store was created to be a safe and trusted place for customers to discover and download apps, and a great business opportunity for all developers. Customers enjoy great apps and games from millions of developers, and gaming services can absolutely launch on the App Store as long as they follow the same set of guidelines applicable to all developers, including submitting games individually for review, and appearing in charts and search.”

The main reason cited for rejecting xCloud and Stadia on the App Store is that they offer access to apps Apple can’t individually review. Back in March, Apple offered a very similar justification when they were asked about potential anti-trust issues with Apple’s Arcade game subscription service, which the company runs.

In a statement from a Microsoft spokesperson: “Our testing period for the Project xCloud preview app for iOS has expired. Unfortunately, we do not have a path to bring our vision of cloud gaming with Xbox Game Pass Ultimate to games on iOS via the Apple App Store. Apple stands alone as the only general purpose platform to deny consumers from cloud gaming and game subscription services like Xbox Game Pass. And it consistently treats gaming apps differently, applying more lenient rules to non-gaming apps even when they include interactive content. All games available in the Xbox Game Pass catalogue are rated for content by independent industry ratings bodies such as the ESRB and regional equivalents. We are committed to finding a path to bring cloud gaming with Xbox Game Pass Ultimate to the iOS platform.”

With Amazon rebranding the company’s live streaming platform. Although they are dropping the Twitch name and focusing on the Prime part of the brand, the service will continue to offer the same benefits subscribers are already used to. This includes a free monthly Twitch subscription you can use on your favourite streamer, exclusive in-game content, and free games that you keep forever. 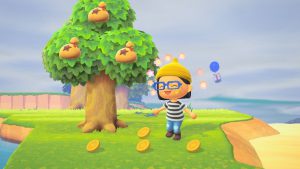 The Switch game continues to be the driving force behind Switch hardware purchases since its release. With an operating process of $3.39B in revenue, and Switch sales up 166%, Animal Crossing New Horizons is now the second best-selling Switch game, running behind Mario Kart 8 Deluxe. Nintendo states that of all the new Switch consoles that were played for the first time during the last 3 months, more than half of them played New Horizons on the first day.