Skip to content
HomeNewsAussies Unionize, NFTs for AAA, and Gaming while Driving Game Workers Unite Australia also known as GWUA mostly known for its advisory and support of video game workers is now planning to transition into a full-on union. GWUA intends on becoming Game Workers Australia in 2022 with Professionals Australia which is a larger union that encompasses more than just games industry workers ranging from engineers to scientists. This new found union with GWUA will mean that all games industry employees can join the same union and be afforded all the XP and buffs that joining a union involves plus the added bonus of benefits being specifically tailored towards games businesses. Game Workers Australia will launch in the new year but you can register your interest by clicking here. 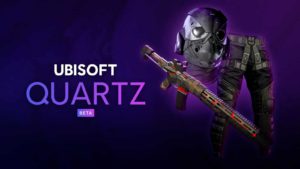 Ubisoft are taking to the unique virtual cosmetic NFTs this week by implementing them as an “experiment.” Digits as they are called, will be the first non-fungible tokens to ever be introduced to a playable triple A game. These NFTs will be brought to Breakpoint’s Windows version of the game through the Ubisoft Connect platform.  Ubisoft said in a statement, “Each Digit is a unique collectible that features its own serial number for others to see in-game, also keeping track of its current and previous owners for years to come, making players an integral part of the game’s history.” Ubisoft went on to say that NFTs will, “provide players the ability to personalize their experience and complete their missions with style.” Ubisoft said that Digit drops will happen on Dec 9th, Dec 12th, and Dec 15th. 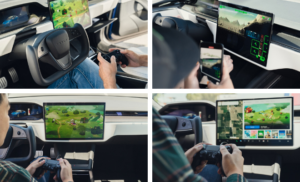 Tesla will let you play video games potentially while you drive.

A new feature has been introduced to Tesla vehicles that the company didn’t advertise called video-games-on-the-go according to Motor Trend the games currently installed are Polytopia and Stardew Valley as well as some classics such as Asteroid and Centipede. We are still unclear about whether you can actually play these titles while the car is in motion. So, if any Tesla drivers out there would like to message us in on the Zed Games FB Page to let us know that would be great.

The week in games releases: