This new service will be integrated with Facebook Gaming and is already in the beta form for some users. According to Jason Rubin Facebook’s vice president of play over 200,000 people have already played games on the beta cloud streaming service. Currently there are five games available; Asphalt 9: Legends, Mobile Legends: Adventure, PGA TOUR Gold Shootout, Solitaire: Arthur’s Tale and WWE SuperCard. Facebook are promising more games as the platforms continues to get better throughout this testing phase. Rubin has said, “Even with latency-tolerant games players may notice some glitches. We’ll occasionally show player rating cards and feedback forms to help improve the experience over time. Cloud game streaming for the masses still has a way to go, and it’s important to embrace both the advantages and the reality of the technology rather than try to oversell where it’ll be in the future.” 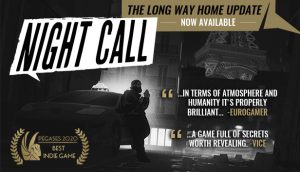 Developers Monkey Moon and Black Muffin have announced that the game will not go to PS4, this news comes just a month after the game Uppers was cancelled after 6 years in development. According to the developers of both games it simply comes down to a lack of funds. Night Call’s official twitter account has stated that the game hasn’t done very well with sales not to mention issues with porting the game. A tweet sent out by Night Call has said, “Dear PlayStation players, we’re super sorry to announce that the PS4 version of Night Call is officially cancelled. Please note that we’re probably as disappointed as you are. But we just can’t afford it.” Fortunately, Uppers will still be available to play on the PC for roughly $40 should you be sad about either of these games not coming PS4. 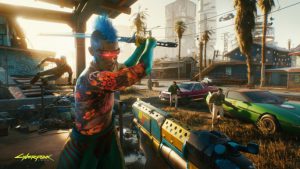 With the release of CD Projekt Red’s most anticipated release of the year Cyberpunk 2077 has had some big feature cuts after being delayed 3 times already, actually make that 4. Miles Tost the senior level designer has said, “Cutting features and scope is a very normal part of development, you can witness it so openly with our game, because we happily gave in to community wishes and showed you that 2018 demo.” Tost goes on to emphasise these feature cuts will only enhance the game play experience and that these cuts were “hard decisions” to make for the developers who truly love working on the game. There is much speculation around this as these feature cuts come after not a month ago Cyberpunk 2077 received criticism for its staff working under strenuous working conditions also known as crunch leading up to the game’s launch that appeared to be enforced by the studio. Only time will tell how it all turns out after release on the now new release date 10th of December.