Sony PlayStation and Microsoft Xbox have released their next generation of consoles within just two days of each other here in Australia. Consoles have sold out worldwide with pre-orders filling in moments online with each company expressing an unwillingness to share sales figures just yet. However, Microsoft’s Executive VP Spencer tweeted on Thursday that the Xbox Series X launch was the biggest in their console’s history, and PlayStation’s CEO Jim Ryan shared in a previous interview their expectation to outsell the PS4.

The quick uptake and huge sales of both has led to some early adoption issues/hiccups with hardware faults and crashes on both consoles. The Xbox Series X launch has had some users reporting that the console will turn off during gameplay, some refusing to turn on at all and some with disk tray issues. However the smoking Xbox that made the rounds earlier this week has been proven a fake, with Xbox tweeting,

“I can’t believe we have to say this, but please do not blow vape smoke into your Xbox Series X.” 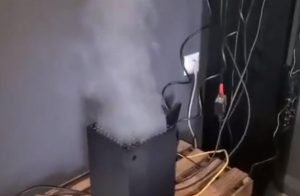 The PS5 is also battling it’s own sets of issues with Rest Mode and external hard drives causing “Rebuild Database” errors, forcing a database rebuild and in some cases bricking consoles. There have also been issues transferring licences from PS4 and connectivity issues, however androidcentral.com has you covered for fixes.

The real prize for PS5 seems to be the DualSense controller, with the directional haptic feedback, adaptive triggers and longer battery life reviewers are definitely rating it with the games that utilise it. Plus with the recent beta update to steam, both the PS5 DualSence and Xbox Series X controller will be able to be used on your PC… but without the bells and whistles. 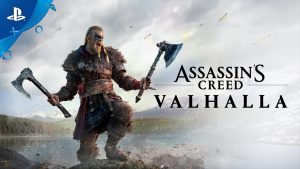 While Ubisoft isn’t interested in releasing sales figures they have announced that it has doubled Odyssey’s launch player count. However, the release is marred by Ubisoft’s “troubled” year and the range of technical issues PC and current gen console users are experiencing.

PC users have had a confusing time where achievements were dropped and confirmed then told the removal was unintended, save files disappearing, input lag and graphical issues. Try over at rockpapershotgun.com for a PC fix. PS4 and Xbox users, however, haven’t got the same privilege with one website saying “…to avoid such problems with the game is to avoid scenes that are visually demanding…” 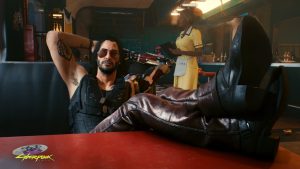 Cyberpunk 2077 Confirmed, but do we trust it?

There has been a lot of controversy around the Cyberpunk 2077 delayed release, with even KFC poking a jab in a satirical tweet. But CD Projekt have confirmed the release was pushed back due to issues with current gen consoles, maybe Ubisoft could take a feather out of CD Projekt’s book and delay to optimise for current gen consoles.

CD Projekt has tried to quell these fires with further confirmation of the December 10th release date with IGN. There have also been further leaks of achievement lists and character customisations, now with nails and teeth. Personally, I can’t wait to sink my… well, teeth in.