JB-HI-FI have some awesome gaming deals

Sony have started a promotion and JB are jumping on the bandwagon with some awesome offers. Until June 8th you can grab PlayStation Plus for $24 less than usual not to mention loads of triple A games dropping in price such as Death Stranding, Days Done, God of War, Until Dawn, Bloodborne and many more if you’d like to check out the full list click here. 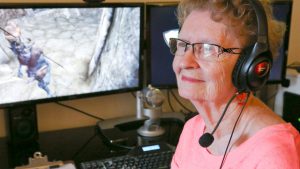 The gaming grandma Shirley Curry is taking a break

Skyrim’s one and only gaming grandma is an extremely popular video games players at the sprightful age of 84. Shirley has been playing Skyrim in a roleplaying fashion for several years with over 800,000 YouTube subscribers. Unfortunately Shirley has been having a rough time lately and posted in her vlog over the weekend that she will no longer be uploading daily videos only occasionally and she will be taking a two week break to get her health in check. Shirley has also expressed her frustrations with trolls and some followers posting irritating or hurtful comments. Shirley has said, “I know I shouldn’t let these things stress me out, but they do. From now on I will respond to very, very few comments. I will be deleting a lot of comments.” She also said, “I’m trying to get me health under control, I’m not trying to be cranky.” 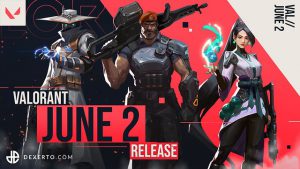 Valorant launches on June the 2nd

Riot Game’s tactile shooter that has been taking the gaming world by storm officially releases on the 2nd of June. Valorant has been in closed beta since April will be available for free on PC and across a majority of regions worldwide. And yes, that includes Australia, unfortunately we missed out on the beta down under due to technical difficulties resulted from COVID-19 however we do now officially get the final product on the 2nd. For Australians who managed to gain access to Valorant’s Beta, Riot have advised that the game will be taken offline on May 28th (more likely the 29th). All account progress will be reset, and cosmetic items will be refunded. Those accounts however will be gifted a 20% bonus on any cosmetic currency. 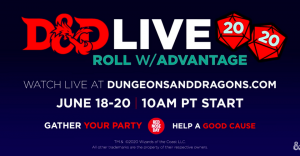 Dungeons & Dragons Live 2020 have announced their celebrity line up

D&D Live has partnered with the Red Nose Day Charity and from June 18th to the 20th fans of D&D or fans of the celebrity players will be able to watch a series of D&D games. Featuring stars like David Harbour from Stranger Things, Brandon Routh from Superman Returns and Deborah Ann Woll from Daredevil, The Punisher and True Blood other big names are Thomas Middleditch, Jeremy Crawford, Chris Perkins, Kevin Sussman, Matthew Lillard, Sam Richardson, and Karen Gillan. If you would like to look at the event for more details click here.