GamesDoneQuick beats their record again!
Charity streaming event GamesDoneQuick has been running since 2015, and is a marathon of high-level speedrunners playing games to raise money for various charity organisations. This year between the 10th and 17th of January, they raised over $3.4 Million US Dollars for the Prevent Cancer foundation, beating the 2021 total by almost half a million dollars and setting a new record for most money raised in a single Games Done Quick event! The event ran from the 10th to the 17th of January. 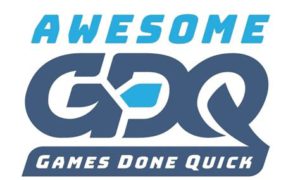 Leaks ahead of major game releases

As some Pokemon fans will know, the weeks before a new release will inevitably have leaks aplenty, and we’ve started seeing that this week with what looks like an early release of Pokemon Legends Arceus out in the wild. Screenshots of early game footage have appeared on twitter so if you want a spoiler-free experience, maybe avoid the internet for the next week or so.

The same can be said for fans of Sony’s Horizon series. An early build of the sequel, Horizon Forbidden West, has been confirmed to have leaked into the public. The leak appears to be a PS4 version of the game, with some art assets missing, but the entire core game is there, so spoilers could start to be shared soon. Microsoft confirmed to have discontinued Xbox One

In a statement to The Verge, Microsoft confirmed that they had ceased manufacturing the Xbox One consoles at the end of 2020 in favour of producing more Series S and X consoles, highlighting them as their top priority. This comes after a recent report from Bloomberg that Sony would be producing more of their older generation consoles to address shortages of the PS5. 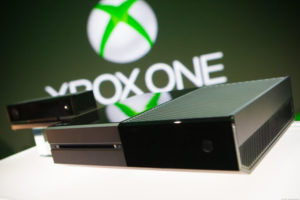 More news from Microsoft! This week they have bought yet another gaming giant, with Activision Blizzard being brought into the fold. The deal has been valued at around $68.7 Billion US Dollars, and is Microsoft’s biggest acquisition to date. With games such as Call of Duty, World of Warcraft, Crash Bandicoot, and Tony Hawk, Activision Blizzard has a huge range to bring into Microsoft’s growing gaming sector. Once the transaction is finalised, it will leave Microsoft as the third-largest gaming company by revenue, with Sony and Tencent still leading.