The Last of Us Part 2 was awarded Game of the Year, Best Game Direction, Best Narrative, and Innovation in Accessibility, a new award added to the Game Awards. Ghost of Tsushima won Best Art Direction, and Best Multiplayer and Mobile Game was awarded to Among Us. Unsurprisingly, Animal Crossing: New Horizons won Best Family Game, and Best Game for Impact goes to Tell Me Why.

You can check out the full list of nominees and winners through The Game Awards website here.

Cyberpunk 2077, the futuristic game that came out last week, has had several updates to fix major and minor bugs that players have encountered. One of these fixes includes modifying a flashing effect on braindances, which previously had a high risk of inducing epileptic symptoms. Thankfully, the effect has been smoothed out, and the flashing reduced, making it safer for players. This prompts an important discussion into accessibility, and the safety of players among the gaming community, and among game devs.

Other fixes include improved stability, fixing missing animations in some cutscenes, improving reflections for Xbox One and PlayStation 4 consoles, and fixes for many quests. 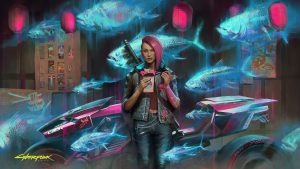 During The Game Awards 2020, many games were announced, and major additions to existing games, such as Among Us getting a new map, and Master Chief coming to Fortnite. In addition, teaser trailers for a new Mass Effect and a new Dragon Age game.

The Mass Effect game is in early production, and teases at a new chapter in the series, with the trailer ending with an Asari finding a piece of N7 wreckage. 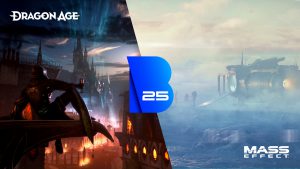 Other games announced includes We Are OFK, an interactive series following the rise of a pop group called OFK, Open Roads by Fullbright, telling the story of mother and daughter on a road trip, Left4Dead and Dead Space both getting spiritual successors, called Back 4 Blood, and The Callisto Protocol respectively. And finally, Sephiroth from Final Fantasy VII is joining the Super Smash Bros. Ultimate lineup.