Skip to content
HomeNewsGaming Boom, Fan Films, AOC in ACNH and a long wait ahead The Elder Scroll VI was announced at E3 in 2018 and there wasn’t much information given away at the event. Even though there wasn’t much to go off the hype is still very real with fans overjoyed by the announcement. At PAX East in 2019 the Executive Producer Todd Howard said that The Elder Scrolls VI was a very long way off and just recently Pete Hines from Marketing and Communications for Bethesda said it doesn’t matter how many times you ask the answer is still the same, so it’s looking like there won’t be any Elder Scroll surprises anytime soon. 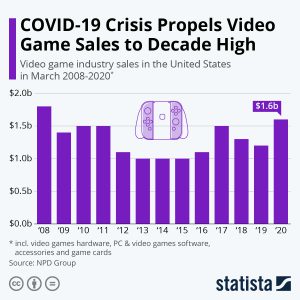 Due to the COVID-19 pandemic video game sales skyrocketed, numbered from the US NPD Group which analyses industry data has recorded over $1.6 billion USD for the month of March. That is the highest reported figure since 2008. Data collected from GSD another company that analyses data, collects information from game companies in many countries including Australia and showed that 4.3 million games were sold between March 16th and March 22nd. Australian physical game sales also soared with over a 275% increase during that time. That was also when Doom Eternal and Animal Crossing New Horizons was released. Typically, this time of year can be a dry period for the industry so to jump to such record high numbers is hugely impressive. 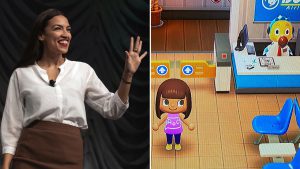 American politician Alexandria Ocasio-Cortez was meeting people by island dropping in Animal Crossing: New Horizons. She tweeted on May 8th that she would like to visit random people’s islands and to leave a note on the bulletin board with their Dodo Codes. Cortez then proceeded to share her interactions on Twitter and by the end she even attended an Animal Crossing graduation ceremony. If you would like to have a look check out her twitter page @AOC.

Directed by Vi-Dan Tran who is a member of the Jackie Chan Stunt Team and featuring big named cosplayers like Maul Cosplay, Stylouz Cosplay and Kamiko Cosplay. The teaser only runs for a 1 minute and 15 seconds however it’s totally action backed and people are even suggesting it might as well be promotion for the actual game. If you’d like to have a watch click here.