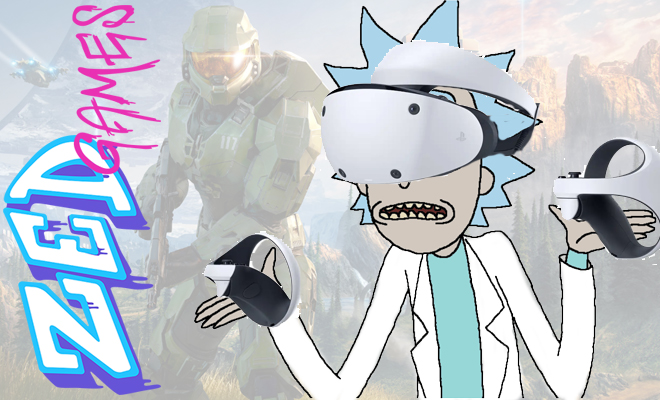 Coming in hotter than a Blue Shell from eighth place, here’s this week’s gaming news!

WOW guy says “wow”… after he got fired

Brian Bermingham, lead engineer on World of Warcraft Classic, has been fired from Activision-Blizzard, reportedly for not participating in the controversial ‘stack ranking’ process. Stack ranking asks team leads to mark 5% of their teams as not suitable to receive promotions, royalties or even continued employment, and it’s a pretty cold way to evaluate team members. Bermingham says he’d be willing to rejoin the team if he was asked to. In completely unrelated news, joining the Game Workers of Australia union is cheap and easy.

Halo Infinite developers 343 Industries are reportedly stepping back from their committed relationship with Halo. The company will allegedly still have a supervisory role on future Halo game development, allowing other developers the opportunity to actually release a Halo title that makes people happy for the first time since Bungie went off to make Destiny games. 343 has reassured us that they still love us, this is just something grown ups do sometimes and it’s not our fault. However, 343 Industries studio head Pierre Hintze debunked this rumour on Twitter over the weekend:

“Halo and Master Chief are here to stay. 343 Industries will continue to develop Halo now and in the future, including epic stories, multiplayer, and more of what makes Halo great.”

In news surprising nobody who’s ever had to deal with him, it turns out that Rick and Morty co-creator and main writer of the recently released Squanch Game’s High on Life has been fired from Squanch Games, Adult Swim and anyone else who doesn’t want his stink on their shoes. I really don’t feel like submitting us all to his creepy crap, but rest assured we’re all better off without predators like him in the industry.

Sony have announced a swathe of new titles designed to get us excited about their second generation VR headset. The new hardware includes eye tracking and 4K displays, but what will make it really worth buying are the game experiences that are coming in the next few months. A new Horizon game called Horizon Call of the Mountain heads the lineup, followed by VR updates to Gran Turismo 7 and Resident Evil Village. I personally can’t wait to buy Tetris Effect for the sixth time and declare it game of the year for the sixth time.

Get your wallets ready folks, because there’s a-heapin’ of games coming our way, including: