Skip to content
HomeNewsNintendo, Animal Crossing, and The Game Awards 2020 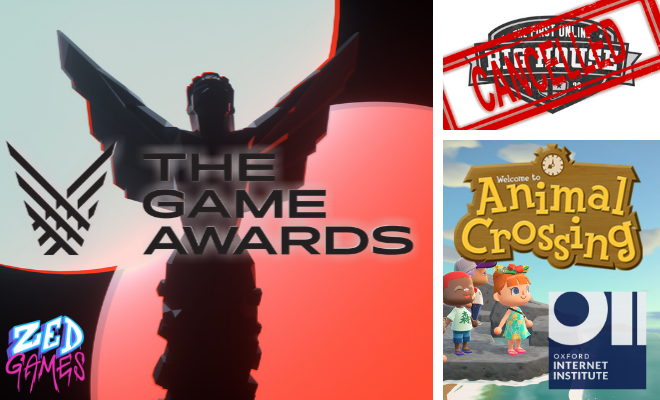 Getting the warm fuzzies from Animal Crossing.

Earlier this month, Professor Andrew Przybylski (@ShuhBillSkee), Director of Research at the Oxford Internet Institute, released a study on the effects of the amount of time playing games on reported well-being. He surveyed 3274 players of Plants vs Zombies: Battle for Neighbourville and Animal Crossing: New Horizons and found that players of Animal Crossing: New Horizons had a significant positive relationship between the two variables, showing that the amount of time played increased reported wellbeing. These results were particularly prominent in feelings of autonomy and belonging. In brief, more Animal Crossing game time equals more feelings of fulfillment and freedom. Thus, more feelings of happiness and connection.

The study concludes that while there is a significant positive correlation, this was an explorative study, indicating a need for further studies to expand our knowledge into how gaming affects our health and wellbeing. Nintendo in the headlines

Nintendo is asking businesses to refrain from bringing politics into Animal Crossing: New Horizons, and as such has published guidelines. These guidelines focus primarily on keeping the game G rated, removing political content (for example, Joe Biden’s campaign created island), and indirect or direct advertising/ profiteering within the game. Disrespecting these guidelines will result in being “ask[ed] to stop” and possibly being prohibited from future access to the Game.

Nintendo has also ordered the cease and desist of the annual “The Big House” GameCube Smash Bros Melee tournament. The competition, which has run since 2011, had moved online due to the current covid-19 pandemic. This was only possible due to the help of the Wii and GameCube emulator Dolphin, and mods such as Slippi. These allowed for smooth online play, currently unavailable to the Nintendo GameCube.

The tournament was forced to cancel the competition to comply with Nintendo’s claim of “illegally copied versions of the game” and use of the mod Slippi. The cancelling of the competition has led to public outcries of unfair treatment by Nintendo towards the Smash community and the hashtag #SaveSmash trending on Twitter. The Game Awards Nominees for 2020 have been announced with The Last of Us Part II, Animal Crossing: New Horizons, Ghost of Tsushima, Doom Eternal, Hades, and Final Fantasy 7 Remake going up for Game of the Year.

The big hitters this year are The Last of Us Part II receiving 10 nominations, Hades with 8, and Ghosts of Tsushima with 7, all spanning over several categories from art, music, narration, and the new category “Innovation in Accessibility”.

The Livestream will be broadcast through YouTube at 10 am on December 11th Brisbane time. And don’t forget to place your vote, head over to The Game Awards, and make your click count!