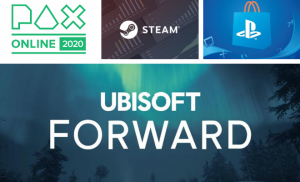 Due to COVID-19 the typical E3 press conference was hosted online where Ubisoft revealed more information about its biggest upcoming games. Such as Assassin’s Creed Valhalla, Watch Dogs: Legion, Hyper Space, and Far Cry 6. Ubisoft also announced that there will be another showcase later in the year. They also announced in a tweet before the show started that certain challenges the company is currently facing will not be addressed directly in the show. That tweet is referring to the resignations of a number of Ubisoft employees under investigation for sexual assault and abuse. CEO Yves Guillemot has promised massive changes for the company and intends on appointing a head of workplace culture as well as creating a position for a head of diversity. Some of the announcements from Ubisoft Forward event are Far Cry 6 launches next year on the 18th of February, Assassin’s Creed Valhalla will be available on November 17th this year, Hyper Scape is now in open beta as of the announcement, and Watch Dogs: Legion launches on October 29th. 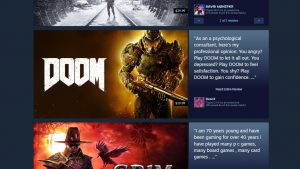 Steam has added Community Reviews to its Homepage

Steam has for many years displayed reviews from players as part of its user experience, now however Steam will feature reviews that are rated as “helpful” on the front page. This is supposed to be a new way to assist players with making recommendations for new or popular games. These helpful reviews are called “Community Recommendations.” According to the Steam blog post there will be more features coming to Steam over the coming months, including this new concept of “micro trailers” which is going to offer video previews of games in shorter periods of time. 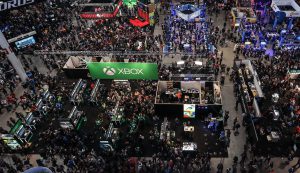 Since so many events are cancelled due to the COVID-19 pandemic broadcasting online is the next best thing. Co-founder of PAX Jerry Holkins said in a statement “PAX online will recreate that shared experience, along with everyone’s other favourite elements from game reveals, exclusive hands-on experiences, the chance to hear from and speak with your favourite game developers, journalists as well as content creators, and so much more.” PAX Online will be the ultimate virtual gaming experience with PAX merchandise remaining available for purchase. The best thing is the event will provide fans with 24-hour-a-day content for 9 days all of course free of charge! PS4 are having big sales on the PlayStation Store this month as end of financial year comes around. PlayStation have discounts on over 240 games, bundles, and add-ons for some the best PS4 games including Bloodborne, Monster Hunter World, Star Wars Jedi: Fallen Order and a lot of Assassin’s Creed games. If you’d like to check out a list of games on sale click here.