Skip to content
HomeNewsPS5 has some limits, Splatoon players get banned, and Future Games Show announcements! 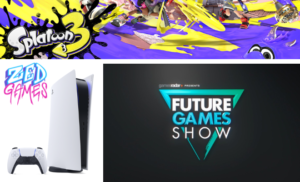 This past week, Sony has announced that going forward, all PS5 consoles in Australia, Europe, the UK, the Middle East, Africa, Asia, and parts of North America will experience a price increase. In Australia we’re looking at an increase of $50 per console, with the digital edition coming to $649.95 and the standard console increasing to a whopping $799.95. This is the first console to increase in price post-launch, and is a disappointment to those who still haven’t been able to get their hands on one since they came out in late 2020. Both Nintendo and Microsoft have made statements assuring consumers that they have no plans to increase their prices, despite the increased manufacturing costs.

Fans of the Nintendo shooter Splatoon were in for a treat on the 27th and 28th of August, with Nintendo hosting a Splatfest online, where players could download a demo of Splatoon 3 and play around online with an array of gear and weapons prior to the games launch on September 9th. Of course, this wasn’t enough for some players who downloaded a mod allowing them full access to an open testing lobby. Unfortunately for them, Nintendo already had their anti-cheat system in place and those consoles now have a full ban from Splatoon.

On the 25th of August, the Future Games Show gave us a look at a stack of trailers for upcoming games. Snaccoon features a hungry raccoon in a world where snack foods have been banned, Edge of Sanity is a newly announced survival title set for PC, and Backfirewall is a tragedy/comedy set in the world of a smartphone! Alongside some new titles, we also got another look at some previously announced games, such as The new Dark Pictures Anthology: The Devil in Me, which was given a release date of November 18th 2022, and yet another trailer for the unreleased remake of System Shock, which still has no date.