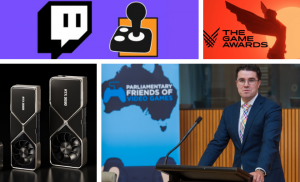 40 containers of RTX 3090 GPUs stolen from a Chinese factory.

That’s right over $300,000 worth of high-end computer graphics cards were taken from a MSI factory in the early hours of Tuesday morning. The retail price for a RTX 3090 is over to $2,500AUD, is currently low in stock and in high demand especially coming up to Christmas time where people are looking to upgrade their PCs. The Chinese MSI factory has notified the police and is offering a reward of ¥100,000 ($20,000AUD) for effective and accurate information regarding the missing containers. MSI have also indicated that this may have been an inside job considering the high level of video surveillance and truck inspections conducted on site. The Chinese company has even offered clemency to anyone who took part in the heist provided that they can find the cargo. 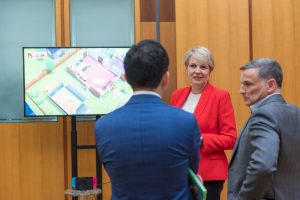 A federal Labor MP and a Liberal MP have teamed up to begin a new parliamentary group that will assist the government in establishing a stronger relationship with the Australian video games industry. It’s called Parliamentary Friends of Video Games and it’s lead by Senator James McGrath and Labor’s Tim Watts. Both MPs acknowledging that, “this industry represents the fastest-growing media in the world.” The intention of the group is to give politicians and industry a forum to meet. This doesn’t mean that there will necessarily be more funding coming to the Aussie industry anytime soon however it does indicate that parliament are showing more interest in nurturing the Aussie Games Industry. Ron Curry, the CEO of IGEA (Interactive Games & Entertainment Association) spoke with 9News saying, “Australians spent $3.6 billion in 2019 on video games, with two-thirds of Australians playing video games. We’re not digging it up. We’re not shipping it. The carbon footprint is quite small. It’s ticking all of the boxes. We’re just trying to chip away at that culture divide that sits between government and the rest of us.” Recent feedback from blind people who consume Twitch media have spoken out about the “blind playthrough” tag. The tag has been used to collect streams where players were ignorant to the games story or mechanics. That has now changed as the tag has been deleted, Twitch’s director of community and creator marketing Erin Wayne tweeted, “You can still use ‘first playthrough’ or opt to use it in combination with “no spoiler” for the same sentiment.” Steve Saylor who runs a YouTube Channel called Blind Gamer and is also a media editor of the Can I Play That? Video game accessibility website has said, “Changing the term “blind playthrough” is not SJW’s (social justice warrior) being super sensitive. I’ve said this before, “first playthrough” is a better description anyway. I personally am not offended by it, but I do think it’s a term that can go away. Language changes over time, so let it.” 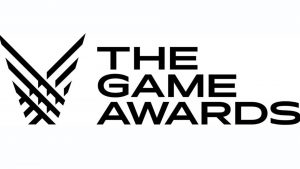 That’s right it’s that time of year again where we celebrate the year in video games. This years Game Awards will feature celebrity guest hosts like Brie Larson, John David Washington, and Gal Godot. As the entire entertainment industry comes together to celebrate in a socially distanced fashion and you’d like to tune in from Australia the ceremony takes place at 11AM AEDT/10AM AEST on Friday the 11th of December. The Game Awards will be streamed across different platforms such as YouTube, Twitch.tv, Twitter, Facebook Live, and Steam.