Skip to content
HomeNewsStreaming Games, D&D, and Woman Gamers on the Rise 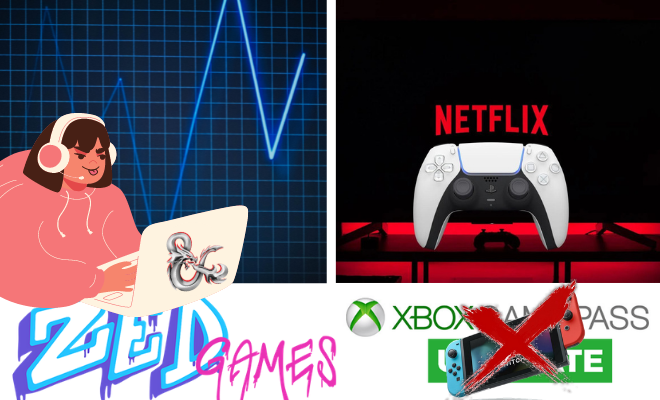 Netflix Making Moves into Games
In the early hours of Friday the 21st of May, The Information published an article claiming Netflix had approached “veteran game industry executives” over the past weeks looking to hire someone to “oversee an expansion into videogames.” Within 3 hours Netflix had informed several outlets that they were seeking to expand on the success of games like those based on Stranger Things and the interactive stories of Black Mirror: Bandersnatch and according to GamesRadar Netflix is looking towards a subscription based service akin to Apple Arcade. This confirms what Netflix’s COO and Chief Product Officer Greg Peters announced in April;

Switch Not Getting GamePass
In documents released in the Epic v Apple legal battle a discussion has been unearthed between Microsoft and Nintendo around the topic of bringing xCloud – the Game Pass streaming service – to the Switch. While the documents were heavily redacted it implies, according to gamesindustry.biz, that Microsoft was willing to compensate Nintendo to fulfill Microsoft’s Head of Gaming’s Phil Spencer’s ambition of “…bringing [sic] Game Pass to any device that somebody wants to play on.” from 2019. Sadly, at least for Spencer, according to the documents talks seem to have dissolved into corporate politeness with Nintendo declining Microsoft’s offer.

D&D Goes Bumper in 2020
In a bumper year for tabletop gaming Wizards of the Coast has boasted that 2020 was their best year ever and 7th consecutive year of growth. With more interest than ever in Dungeons and Dragons, and increased sales even after releasing free content for the “Stay at Home Play at Home” initiative the company has announced crossover content and more in the future. Demographics released show a fairly even split in age, and a 60:40 split between the sexes showing that while this hobby is perceived to be male dominated, the ratio is changing.

Research Released about Women’s Experience of Gaming
In response to an increase in women playing games, recent research by Lenovo and Reach3 Insights have revealed that while, on average, women play the same games as men, they receive a disproportionate amount of harassment based on their gender. Of the 900 women surveyed from China, America and Germany 70% faced judgement of their skills in game based on their gender, 65% experienced gatekeeping and 44% received unsolicited relationship asks while gaming. 59% of those surveyed also said they used non-gendered or male identifiers when playing online to avoid conflict. The research concludes with 71% of women agreeing that increasing the presence of women in gaming ads could foster more inclusive behaviours in gaming.