Skip to content
HomeNewsSuperheroes, Mysterious Objects and the Art of Giving DC Comics hosted an event last weekend and announced a number of projects. The online only event called the DC Fandome was created for the company to communicate with fans due to COVID-19 restrictions. New details on several upcoming films including Wonder Woman 1984, The Suicide Squad and The Batman were revealed and we also saw the announcement of two games. Gotham Knights,   WB Games Montreal’s new game is set after the apparent death of Batman and will let players explore an open world Gotham as Batgirl, Robin, Nightwing or Red Hood. The 3rd person action game lets players team up with a co-op buddy to battle villains and uncover the mysterious Court of Owls. The game is planned for current and next gen systems with a release date of next year. Also at the Fandome was the first glimpse at Rocksteady’s long awaited new project titled Suicide Squad: Kill the Justice League. While details are currently scant, the colourful 4 player focused action game pits Harley Quinn, Deadshot, Captain Boomerang and King Shark against a Justice League turned bad. The game is currently scheduled for a 2022 release on next generation systems. 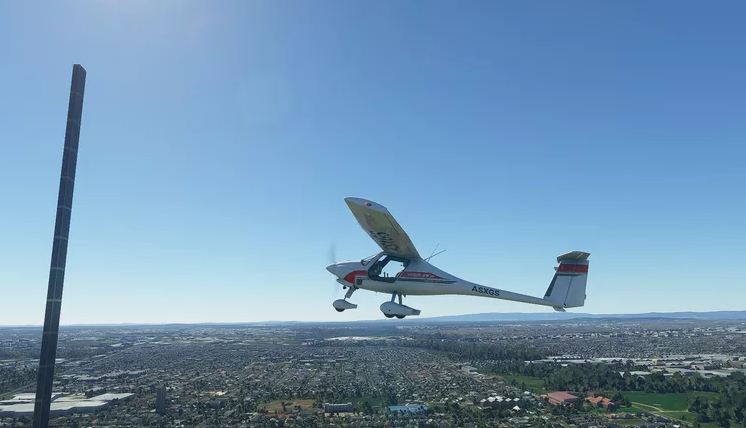 Players of the new Microsoft Flight Simulator have discovered a 212 story high obelisk in the suburbs of Melbourne.  The Verge reports that the glitch was traced back Nathan Wright who, as a University student had been working with Open Street Maps for a class task. When entering data Wright simply made a typo and typed 212 instead of 2. The data then made its way into Bing Maps which is used to generate the terrain in Microsoft Flight simulator. Fall Guys Battle of the Brands

Fall Guys, the party game styled battle royale is one of this year’s breakout hits, selling over 2 million in its first week on PC alone. Developer Mediatonic has leveraged the games popularity to get a charitable bidding war going. The brand who donates the most money to the charity Special Effect will have a skin added to the game. Special Effect is a UK-Based charity focussed on assisting disabled gamers.  At the time of recording the highest bidder is FGTeev at $422,222.22USD. Games Done Quick have just wrapped up their Summer Games Done Quick event which has raised over $2.3 million USD for Doctors without borders. Now in its tenth year the popular speedrunning event was run entirely online after being delayed due to COVID-19. Whilst the event may be over you can still check out this year’s runs on Games Done Quick’s Youtube channel.