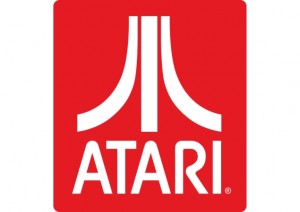 Atari USA has filed for bankruptcy.   The iconic developer, responsible for massively influential titles such as Pong and Centipede, has been in financial decline and is 50 million dollars in debt.   A source with knowledge of the situation said that Atari USA will sell it’s assets over the next 6 months and restructure itself as a mobile game developer.

Jay Wilson, the long running lead developer of Diablo 3, will be moving on to another project after 7 years on the title. Wilson said “I’ve reached a point creatively where I’m looking forward to working on something new,”.    The new project in question has yet to be formally announced by Blizzard.

Skyrim players who bought the game on PS3 will be getting some much needed love next month. The previous 2 expansions, Dawnguard and Hearthfire, as well as forthcoming expansion Dragonborn, are scheduled for a February release.   All three expansions will be available for 50% of the normal price for a week after release.

Bethesda, developer of Skyrim and the Fallout series, has filed a trademark for an “ongoing television program set in a post-nuclear apocalyptic world.”. While no official comment has been released by Bethesda, this strongly suggests that the company are interested in creating or licensing a TV series based on the Fallout games.

Detailed specifications for both the next XBOX and the PS4 appear to have been leaked online. The website VG Leaks has published the specifications, which are far too lengthy and boring for us to broadcast.    Official announcements confirming the release of the next XBOX (codenamed “Durango”) and the next Playstation (codenamed “Orbis”) have not yet been made by either Microsoft or Sony, but are expected over the next few months.

According to a new report, the next Playstation will have a completely redesigned controller, eschewing the familiar Dualshock design in favour of an LCD screen and biometric sensors. The Dualshock controller launched with the original Playstation in 1997, and each subsequent console updated the design. The PS3 was originally to have a new controller design, dubbed ” the Boomerang” but this was dropped prior to launch.