Donald Trump gets suspended on Twitch for hateful conduct

Trump typically uses the Twitch platform to broadcast rallies online as well as other events. After Twitter had reported to Twitch that his channel has been suspended Twitch released a statement saying, “Hateful conduct in not allowed on Twitch. President Trump’s channel has been issued a temporary suspension from Twitch for comments made on stream, and the offending content has been removed.” There were two instances that constitute hateful conduct, one where Trump calls Mexican immigrants “rapists” from a 2016 campaign rally that was recently re-broadcast and a comment from a recent rally where he accused a hypothetical “very tough hombre” of “breaking into the window of a young woman whose husband is away” to illustrate a point about what would happen if people couldn’t dial 911. Twitch says, “Like anyone else, politicians on Twitch must adhere to our Terms of Service and Community Guidelines. We do not make exceptions for political or newsworthy content and will take action on content reported to us that violates our rules.” The Australian video games industry is skying rocketing in popularity

Working in the games industry is quickly becoming one of the most desirable career paths for Australians. Interactive Games & Entertainment Association (IGEA) says that 91% of Aussie household have a piece of video game hardware, the industry in Australia could be worth $24 billion by 2023, and they project that esports alone could reach $3 billion in just three years. A recent report from Lenovo is showing that 1 in 12 Australians between the age of 16 and 45 now say their dream job is in gaming. Which equates to over 800,000 people. Not to mention that recently the coronavirus pandemic saw more than 1.2 million people turning to gaming for social connections. Unfortunately, the federal government isn’t showing any support of the industry. Ron Curry the chief executive of IGEA says, “With the current government, it’s culturally embedded in them not to support video games. Our brightest and smartest talent is leaving and going offshore. There’s a whole number of ways games could be used beyond pure entertainment and I think that’s the exciting part of the industry and where those transferable skills are.” Hopefully, we soon see a change in the mindset around the games industry in this country. 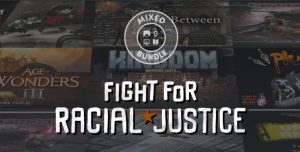 Humble Bundle raises over $4.3 million for the Fight for Racial Justice

The charity bundle was launched in early June and ended with close to $4.4 million dollars. Humble said in a statement, “In the wake of the killing of George Floyd, Breonna Taylor, Ahmuad Arbery, and tragically many more in the Black community, we’ve teamed up with developers, publishers, and creators to help support organizations fight for racial equality.” Learn Premium is an educational platform for everyone and anyone who is looking to create using the game engine. Unity made the move to help folks stuck at home during COVID-19 however they have now decided to keep the doors open indefinitely to help those looking to better their understanding of the Unity engine. For those of you interested in learning more click here.