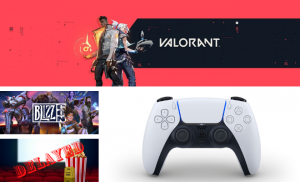 The new video game Valorant is the first of its kind of Riot Games being a first-person shooter with game play objectives similar to Counter Strike – Global Offensive and special character abilities like Overwatch. Over the Easter weekend Valorant smashed records on Twitch (video game streaming platform) which had over 34 million hours watched in a single day in just one game category. It also had a peak viewership of 1.7 million which is second only to another Riot Game, League of Legends during the World Championship. All this attention has generated hype around Valorant becoming an esport, and the game is still in its beta phase, with Valorant doing so well so early on only time will tell after it’s official release how big it’s really going to get. 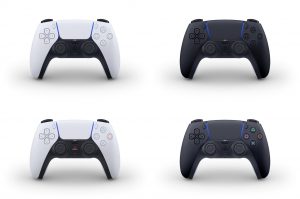 Sony’s new DualSense PlayStation Controller is getting some hype

When it comes to console controllers it can be really challenging to get it right, however Sony have released the new DualSense controller and has been receiving very positive feedback from game tech critics. After the release of the PS4 controller which was argued to not be that different from the PS3 controller, it isn’t until now that there has been a revolution with controller technology. Sony is determined to have the best complimenting controller for the new PS5 which is expected to release later this year. The PS5 will not play games from previous generation consoles and will have new features such as a faster SSD and new hardware that is exclusive to PS5. The DualSense Controller features such as adaptive triggers with adjustable resistance, new haptic feedback technology and Sony also says that it has more advanced rumble hardware. Now that the new PS5 controller has been shown off we’ll just have to wait and see for the PS5. 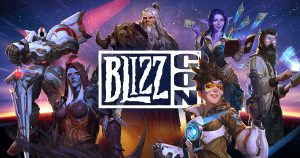 Saralyn Smith the executive producer of BlizzCon, “The health of our community, employees, and everyone who helps with the show is our top consideration. It might be a few months before we know for certain if or how we’ll proceed, but as soon as we have a meaningful update, we’ll share it.” It wouldn’t come as a surprise if BlizzCon 2020 was to be postponed however, there may be a virtual space we can visit showcasing all things Blizzard that we would’ve missed at the convention. however James Gunn Director of Suicide Squad and Guardians of the Galaxy 3 says, “We are on or ahead of schedule” for both films. With so much film and TV being delayed it’s nice to hear some good news for DC and Marvel fans. The full list of delays is made available by gamesradar if you’d like to look click right here.