Bethesda and Xbox team up

That’s right the creators of The Elder Scrolls, Fallout, Wolfenstein, DOOM, and many more have entered into an agreement to take over ZeniMax Media which is the parent company of Bethesda Softworks. Microsoft purchased ZeniMax Media for $7.5 billion in cash on Monday which makes it the biggest gaming acquisition in Microsoft’s history, which well and truly surpasses that time when Microsoft purchased Mojang (the creators of Minecraft) for $2.5 billion. “Gaming is the most expansive category in the entertainment industry, as people everywhere turn to gaming to connect, socialize and play with their friends,” Microsoft CEO Satya Nadella said. Microsoft will gain 8 more creative studio teams adding the over 2,300 staff of Bethesda to the mix. Phil Spencer the Head of Xbox has said, “Like us, Bethesda are passionate believers in building a diverse array of creative experiences, in exploring new game franchises, and in telling stories in bold ways. All of their great work will of course continue and grow, and we look forward to empowering them with the resources and support of Microsoft to scale their creative visions to more players in new ways for you.” 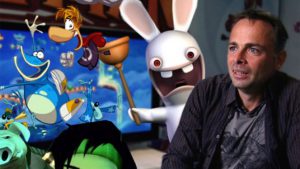 That’s right after more than 30 years Ancel has posted on Instagram saying, “’I’ve decided to stop working on video games and fully focus on my second passion: Wild Life! My new project take place in the real world and consists in a wildlife open sanctuary dedicated to education, nature lovers and… wild animals.” He goes on to reassure fans that the games Wild and Beyond Good & Evil 2 will be taken care of by the teams at autonomous. Guillaume Brunier the senior producer for Beyond Good & Evil 2 said in a statement, “For years, Michel imparted his creative vision and helped us remain faithful to BG&E’s incredible universe. His uncompromising passion pushed us to redefine what was possible in crafting an expansive, multicultural, and futuristic science-fiction world. As we move forward, we are all committed to remaining true to this vision.” 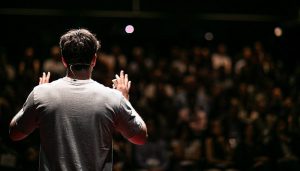 Games Connect Asia Pacific is Australia’s premier professional development and networking event for game development, specialising in all different types of disciplines. This year’s GCAP tickets are only $2! With 100% of that $2 being donated to the Ready Foundation which is a non-for-profit company that aims to assist in relieving poverty, suffering, distress, or misfortune experienced by Aboriginal and Torres Strait Islander young people and other disadvantaged youth. The event will be hosted virtually during Melbourne International Games Week and there will be a variety of talks over the course of 3 days. If you’d like to purchase a ticket click here or if you’d like some more information head over to the GCAP website here.