Have you ever dreamed of a game that combines the survival genre and the classic hidden role board game Werewolf? If so, you share my weirdly specific dreams and I have the game for you! I bought Project Winter on a whim but quickly found myself engrossed by it. It’s an online game that came out just over 2 years ago and created an admittedly small but dedicated fan base.

In Project Winter you are stuck in a frozen landscape and have just received warning of an incoming blizzard set to tear apart everything in its path. Good news: you can single a rescue vehicle to come save you. Bad news: the equipment you need to signal them is broken.  Good news: you aren’t stranded alone, and many hands make light work. Very bad news: two of your fellow survivors are traitorous and want you dead. A typical game has eight players, two of which are traitors, and the rest are survivors. Along with your personal and team goals, you’ll have to maintain your heat, hunger and health. If you don’t make time to gather food and warm yourself by the fire, you’ll be easy prey for traitors. But if you spend too much time on this, you’ll quickly raise suspicion in your more productive teammates.  As well as your team, you’ll also be assigned a role with unique abilities to help you traverse the wilderness. There’s something for everyone whether you’re analyzing crime scenes as a detective, busting bunkers solo as a hacker, or even reanimating the dead as a scientist. 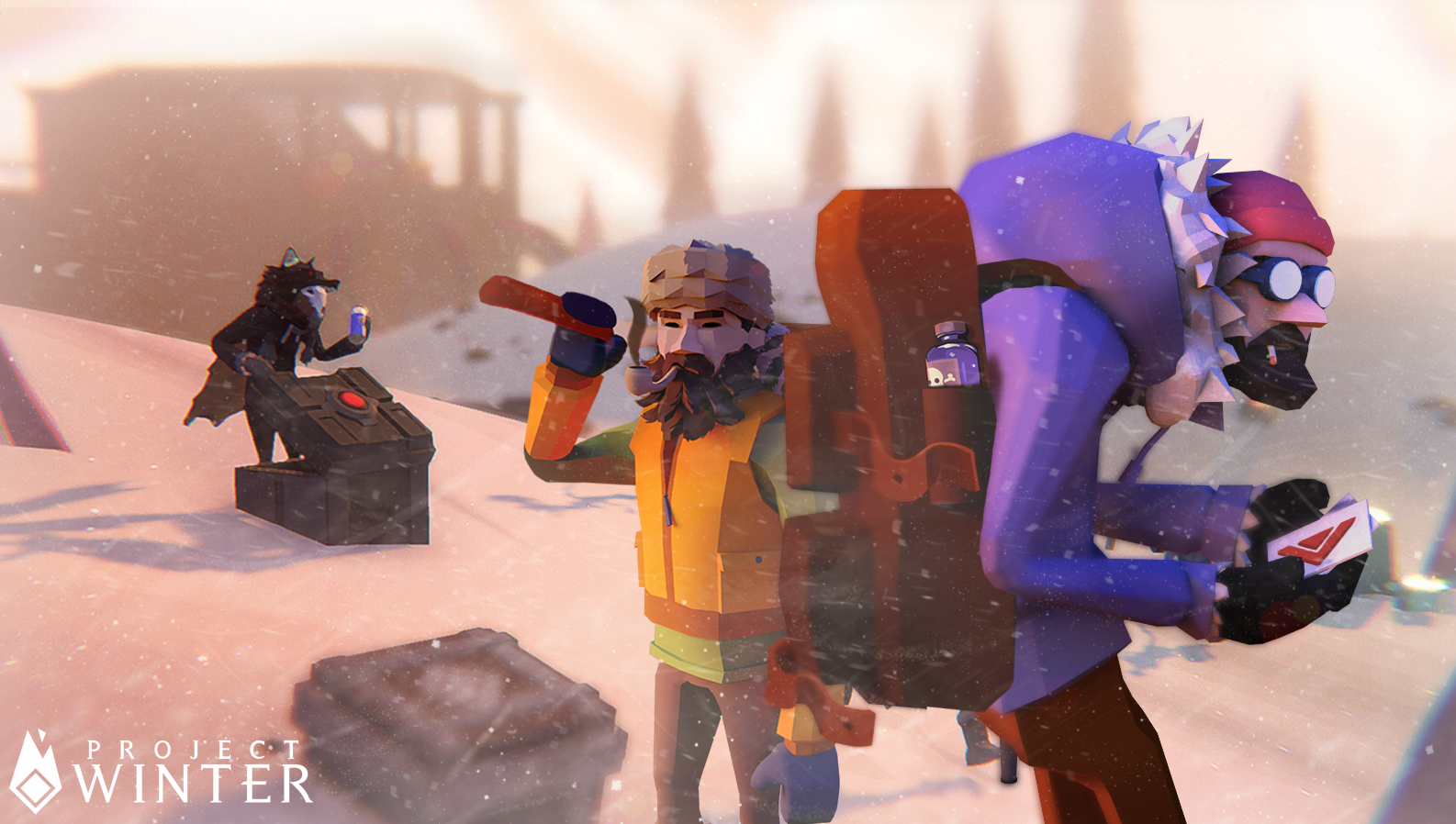 The survivors must escape before the match timer runs out and they freeze to death in the blizzard. To do this they must complete two repair tasks, phone for help, and reach the escape vehicle. Specifics vary to keep games interesting, but tasks can be anything from collecting resources to cracking ciphers. All the while they must survive traitors, dangerous wildlife, freezing temperatures, and their own paranoia. Traitors spend their time slowing down survivor progress, sabotaging objectives, sowing distrust, framing innocents, and picking of people traveling alone. They have a direct communication line with each other and can access stashes of strong gear littered through the world.

When you first pick up Project Winter, it can be a little overwhelming with all the things to consider but there’s a quick tutorial and a collection of simple role guides. If you’re like me though, and refuse to play a tutorial under any circumstances, it doesn’t take that long to get the hang of things. Turns out death waiting around everyone corner is a heck of a motivator to learn! Don’t be alarmed by the looming threat of death, if you do die you aren’t necessarily out of the game. Dead players observe the game as a ghost. They can’t communicate directly but can assist their allies or freeze their enemies. This is one of the things I loved most about Project Winter. Not only do players get to participate the whole time but they still play an important role. Ghosts can save lives, take lives, out traitors, frame innocents, and loads more. The one downside is you always have an audience watching your most embarrassing deaths.

There are two modes of gameplay beyond the base. A simple and streamlined version that’s good for learning the ropes or just a quick match. Also, a DLC mode of play called blackout that incorporates demons, magic and more which shakes the original rules up and keeps things fresh for seasoned players. There’s also continued support and engagement from the developers with consistent events and updates plus a consistent rotation of cosmetics. No matter what mode you’re playing, sound is key while playing Project Winter and is your best defense against most danger. Footfalls, traps being placed, bears, crates being opened, alarms going off, weapons, combat, objectives, wolves, I could go on. Everything has a distinct sound that fits the world well. All sounds, including the voice chat, are delivered based on proximity which creates the perfect environment for mistrust to breed – with eight people split across a large map, stories will conflict, accusations will fly, and if you’re not careful – no one will hear you scream.

Finding a match online is surprisingly easy. Project Winter doesn’t have a huge player base, but it does have dedicated fans. You do not need to use the voice chat to play Project Winter, but you will be limited if you choose not to. I’ve been through the full range of online voice chat experiences and thankfully Project Winter stacks up pretty well in that department. I’ve found it to be an overall positive, friendly, and welcoming community to play with. There’s a lot of fun to be had playing Project Winter online but if you’re lucky enough to wrangle a group of eight together – playing with friends is extra special. There’s just nothing else like being framed and getting chased through the wilderness by a mob of your closest friends. My friends and I talk about these matches well after they’ve ended, laughing about stupid deaths or cunning plays. 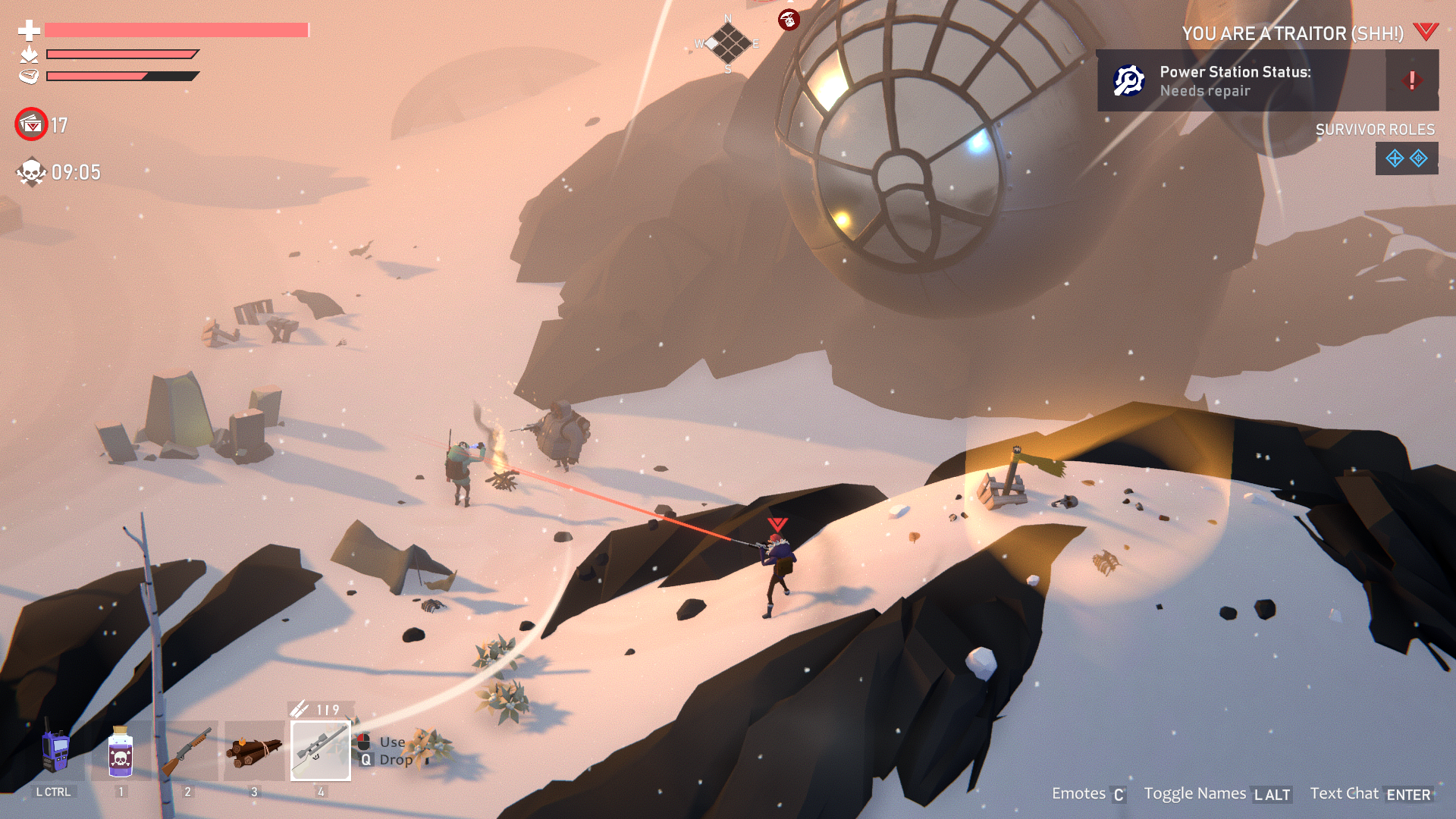 If it seems like I’m reviewing this game just in hopes that more people will start playing on the Australian server, that’s not the case, just a bonus. Project Winter takes the some of the best bits in my favorite genres and creates a unique and engaging online experience. This game deserves more attention and I hope someone reading will see the appeal and give it a go!