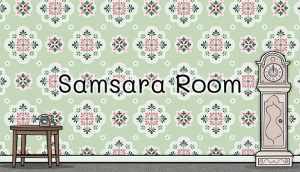 Where am I?
Is this the circle of life?
I have to find a way out.

Rusty Lake’s unorthodox escape room thriller Samara Room is unlike most games of this genre. It’s eerie, contemplative, and abstract. I should also mention that there is a shapeshifting, inter-dimensional, deep diving into a stream of consciousness theme in this one so, it can be a bit of a confusing rollercoaster. Set in 1935 following the events that have taken place in Rusty Lake: Roots (prequel game to Samsara Room), you follow William Vanderboom’s rebirth through an interesting reincarnation life and death cycle. Samsara Room features lots of different puzzles not seen in the original and shows lots of new narrative that fits in with the Rusty Lake series. Rusty Lake do an amazing job of directing you towards clues or a puzzle to solve, they also use a simplistic 2D art style that makes me think of magazine cartoon cut outs. The main plot needs little explanation because this type of game’s fate is determined by your own personal experience but due to the nature of the story and it’s bizarre experiences, I’m not even sure I can fully explain what IS happening. 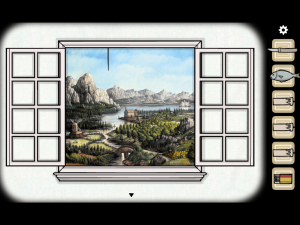 From a gameplay perspective Samsara Room is relatively straightforward, you start off by climbing into a hole behind a painting and then you re-emerge into a world without gravity. From that point onwards you begin gathering information about your where abouts and how to get out of one room and into the next. This point and click style escape room feels more like an interactive narrative with some ‘thrillery’ vibes. Obviously the game is designed in a way where you must look for clues and things out of place that might guide you to the next stage of the narrative. 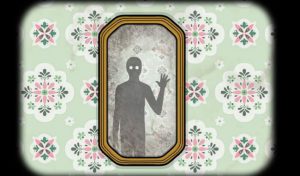 Samara Room is wonderfully designed, it really encourages you to think about what is happening whilst providing weird and strange scenes that you struggle to understand. Meanwhile you are not even paying attention to all the hours going by in real life because you become so engrossed in finding the next clue or item that might lead you to whatever creepy place you end up. If you do play this game without any context to previous Rusty Lakes games like I did you might find yourself very confused and it would appear to have no backstory or nothing to frame the narrative with. In saying that I still played the game all the way until the end because it was so interesting and odd that I had to know what happens despite not fully understanding its context. The reason for that is simple, Samara Room has a seemingly magical ability to pull you in with intrigue, holding your attention with confusing riddles that seemingly pulls you further into the mysterious mind of the Rusty Lake developers. There are also odd objects that you find in these rooms such as worms, feathers, the Sun, and the moon, even a dead person. 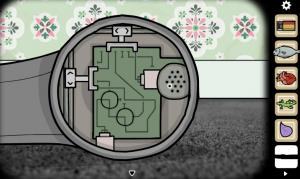 The combination of easy to use gameplay mechanics and hypnotizing music captivates you entirely. Victor Butzelaar’s composition is delicate using sparing strokes of piano keys and subtle atmospheric sounds for each room you enter. The music helps you concentrate on the scene at hand whilst simultaneously keeping you on edge. There are 15 other games by Rusty Lake & Cube Escape that are all part of this overarching series or sinister and peculiar themes, they are mostly free and deeply fascinating. Here is an order to play the games in from the Rusty Lake subreddit that might help provide some guidance for newbies.

I must say even though I had little understanding about what was happening originally and after further research Samsara Room is one of many doors into the mind of the developers Rusty Lake and Escape Cube. If you like a bizarre indie game that takes you on a journey into the unknown using symbols and analogies to depict life and death, I highly recommend this game and anything else that comes from the Rusty Lake series.

Reviewed by Evie Gibbons @eviezgames on 29th of July 2020