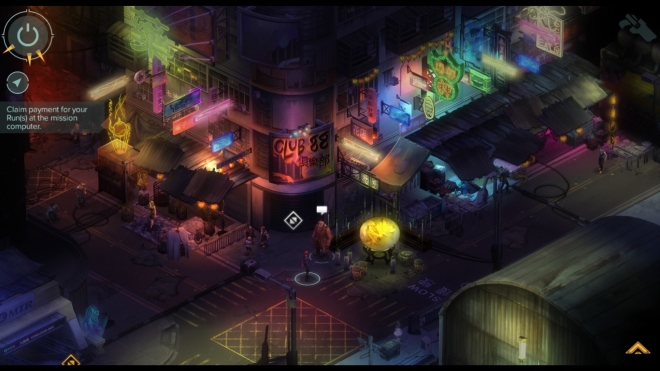 Cyberpunk was a very 1980s thing, and sometimes that comes through in the modern games reviving the genre. Shadowrun began as a tabletop RPG in 1989 and the video games based on it retain some of the era’s qualities, including a fascination with Asian culture as filtered through action movies. Street samurai wield katanas, every city has triads and yakuza, and the world is run by megacorps with names like Shiawase, Wuxing, and Renraku.

So in Shadowrun: Hong Kong of course you work for a triad boss based out of a mahjong parlour and one of your missions is to mess with the feng shui of an office building to harm the owners’ profits. It trades in pretty broad stereotypes, but that’s the nature of Shadowrun’s pulpy adventure fiction background, which mashes up cyberpunk and urban fantasy so that the street samurais are likely to be elves, the triads and yakuza backed up by shamans, and the megacorps run by dragons. Unlike previous games in the series – Shadowrun Returns and Shadowrun: Dragonfall – this one starts you out as a fresh-off-the-plane new arrival in town and wastes a chunk of its opening laboriously setting you up with a team of mercenary corporate-raiding shadowrunners, rather than just getting down to business. The pacing remains off all the way through, with a main plot (involving bad things happening in Kowloon Walled City) that conveniently sits waiting while you faff around in side missions until it hits an arbitrary point. Dragonfall’s structure by comparison had an in medias res open and a second act all about raising money to pay off a hacker who could find info on your enemy while surviving ambushes from them, which maintained a sense of urgency even over a 30-hour campaign.

Something Hong Kong has the previous two games didn’t is cutscenes: rudimentary ones with minimal animation and only one voiced character though. The majority of the narrative still comes as text, with every character dumping exposition. A few manage to stand out, however, including a gruff amputee street doc and several of your party members. Don’t miss the chance to recruit the ghoul samurai, and definitely take him with you on the undercover party mission for one of the game’s best scenes. The forum you can read between missions to see what your fellow shadowrunners are gossiping about is also full of colourful weirdos, and their poetry threads are another highlight. 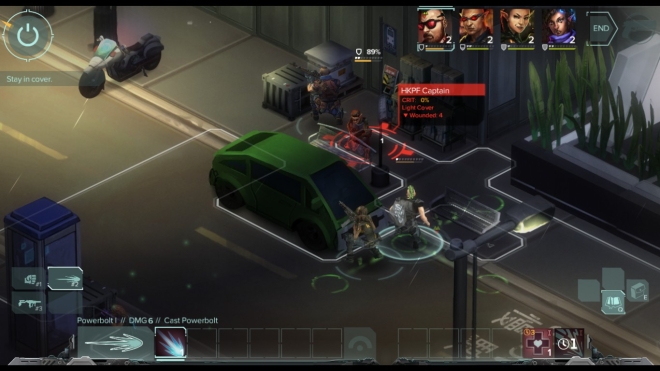 Also new is the hacking system. Never the best part of the series, it’s been overhauled so that now your “decker” character runs through a virtual Tron world hiding from security programs and then solving memorisation puzzles to get past walls. Sadly, it’s not an improvement. The precision required for dashing past patrolling drone software in real-time isn’t something that a point-and-click interface made for isometric turn-based combat can really handle, and the puzzles are poorly explained.

I keep wanting to say the same thing about every aspect of Shadowrun: Hong Kong, which is that Dragonfall did it better – writing, characters, multiple-objective mission design, evocation of its setting, hacking challenges that were linked to battles so you’d have to switch between shooting guards and running around in the Matrix – and most importantly, did it all with more care. In Hong Kong I’ve had a quicksave get corrupted, seen objective markers persist after achieving their objectives, talked to characters who forgot they already talked to me, and seen numerous spelling errors.

While Dragonfall wasn’t perfect Hong Kong not only doesn’t fix anything, it goes and breaks a bunch of new stuff. If it followed on directly from the clunky and linear Shadowrun Returns it wouldn’t seem so bad, but instead it follows a class act and doesn’t do enough to live up to it.