Skip to content
HomeReviewsSouth Park: the Stick of Truth Review 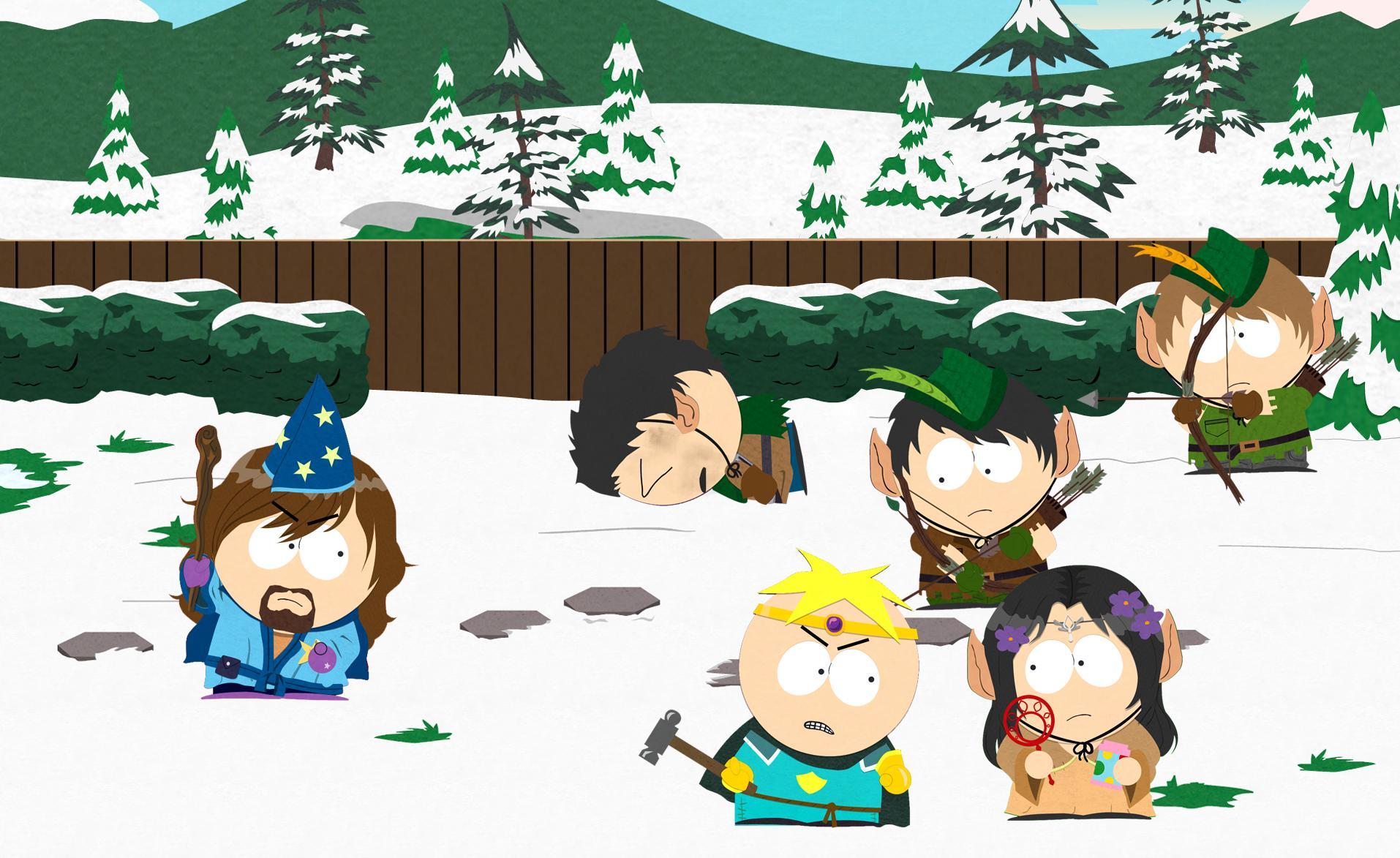 First and Foremost, South Park: the Stick of Truth is the perfect fan service. Right down to the walls of bodily fluids and shattered cue-balls you’ll find jammed inside Mr. Slave’s anus, it’s true to the show – disgusting, vulgar and consistently hilarious. Unfortunately, it’s a whole lot less effective as a turn-based RPG.

The Stick of Truth starts out with you, the new kid in South Park, sent on a gruelling journey to… Make Facebook friends. What could possibly be more important in a town that has children vandalising buildings and fighting over a stick that can control the entire universe than Facebook popularity, right? So, after a character creation menu that leaves you looking exactly like a character from the show, you set out to explore the town for the first time, and interact with some familiar faces. At first, the streets are quite bare – the 2D, ‘Paper Mario’-esque art style looks, coincidentally, exactly like a cartoon. For a South Park viewer, it is exactly as it should be. The streets are laid out in easy to navigate rows with memorable landmarks like City Wok, Tweek’s Coffee, and a rhinoplasty clinic where one of the ‘nose jobs’ available gives you David Hasslehoff’s face for the rest of the game.

While a lot of the charming references will be redundant to those who aren’t fans of the show, the Stick of Truth makes jokes of its own, and makes fun of other games in the process. Skyrim, Call of Duty, the ridiculous presence of audio-logs in action games and even Game of Thrones all go under fire in this game adaptation of what is an extremely satirical TV series. The rest of the main quest is an escalating series of absolutely ridiculous situations, littered with turn-based combat sequences – alien invasions, garden gnome attacks, government conspiracies and the oh-so-kawaii Princess Kenny. There’s a boss fight that’s broken up with QTEs that needs you to dodge a giant, flailing ballsack, flying towards you, and Canada… Let’s not even talk about Canada, but it undoubtedly contains one of the most unexpected, brilliantly funny twists in any recent AAA title. While fans will undoubtedly appreciate it above anyone else, it definitely holds it’s own as a comedy game for those who aren’t familiar with the franchise.

That said, the excessive emphasis on fart jokes in an R18+ game feels extremely out of place, not aided by the fact that ‘farting’ is a fairly pivotal point of story progression. For the sake of seriousness, let’s refer to it as Magic, as it is in the game. Certain Magic attacks will let you attack enemies, distract enemies, blow things over and explode cracked environments. To do this (on a controller), in combat you’ll need to make sure your mana bar is full (but not TOO full, or you’ll crap your pants, for reasons I still don’t quite understand), though out of combat screens your mana isn’t considered, then you push the right stick down, do, er, something with the left stick, then let the right stick go. Sometimes it works, sometimes, inexplicably, nothing happens (it’s significantly harder in the actual tutorials), or your character faces the wrong way, ruining your ability to aim on the 2D screen. While it’s a delight that the Stick of Truth attempted to mess with the standard rules of gameplay and give you the option to ‘fail’ at a Magic attack, as well as make it much more interactive than ‘press A!’, it’s ineffective as a whole thanks to some frustrating bugs. These bugs aren’t exclusive to the Magic, either – a lot of the timed sequences somehow manage to ignore your input entirely on a regular basis.

On that note, aside from some fancy aesthetic changes, it’s immediately obvious that the Stick of Truth really lacks player customisation. Your inventory screen (part of the clean, ‘Facebook feed’ style menu) holds your weapons, equipment/armour, strap-ons (weapon augmentations) and patches (equipment augmentations) and a fairly large variety of those, but there’s still a very limited sense of choice. Regardless of how much stuff you’ll accumulate, it’s very clear which weapon in your inventory is the ‘right’ choice. Hell, there’s even a giant green arrow next to your weapons, straight up letting you know it’s more powerful than whatever you currently have equipped. Damage is the only real statistic present, too – the only reason to use a weapon, aside from maybe some comedic value, is for its damage rating. Even the few classes available seem to do more or less the exact same thing, with very little variance in stats or attributes. But, there’s little else to complain about.

As a South Park fan, being in a 12-or-so hour episode of the show absolutely filled me with joy. As a comedy game, I was in fits of laughter, questioning why other games can’t seem to come close. As a turn-based RPG it’s slightly broken, with confusing controls and buggy inputs – but none of these flaws are so big that they can’t be excused. Regardless, it is easily the best South Park game ever made and is an absolute must play for anyone looking to laugh their ‘mud-filled’ pants off.