Activision Blizzard’s Free-To-Play News
Earlier this month in an Overwatch press release, it was revealed that the new evolution would be going free-to-play to commit to “…an always-on and always-evolving era… for many years to come.” Since then it has been revealed that they will be going against the model announced at BlizzCon 2019, where Overwatch prime and Overwatch 2 could play together. Rather, that because the monetisation model will now be free-to-play, the release of Overwatch 2 on October 4 will replace Overwatch. The Overwatch development team have confirmed that “Content unlocked in Overwatch will automatically carry over…” and matchmaking ratings will not be reset.
In other news, the release of free-to-play Diablo Immortal in China, possibly its biggest market, has been delayed by NetEase at the last minute. It is speculated that this is not due to the newly found hidden mechanic of upgrading legendary gems pushing the average monetisation cost to max-upgrade a single character to over $500,000, but rather a Weibo post from Diablo Immortal’s official account which translates to “Why isn’t the bear stepping down…” This account has been banned from making further posts and hosting company NetEase could see further restrictions by the government which would affect other Blizzard titles distributed by NetEase in China such as Warcraft and Overwatch.

Minecraft gets the banhammer out
Microsoft has upgraded Minecraft server moderation powers with in-game chat reporting coming to Realms and private servers to Java Edition in the 1.19.1 update. Players will now be able to report in-game chat text for violations of Minecraft’s Community Standards from within private servers. These reports will be reviewed by moderators, who will have the power to ban accounts permanently from online play, and may expand to the marketplace and Minecraft Earth. Players may lose access to their own worlds, as per Bedrock-edition Xbox bans. Reviews of bans will be available with players able to submit a case review if the ban does not infringe on Minecraft’s Community Standards, invalidate the End User Licensing Agreement, or break the Terms and Conditions.

Nintendo Direct Mini goes Big
Nintendo had a Direct Mini Partner Showcase June 28 announcing several new games coming to the Switch in the next year. Some notable announcements were…
Return to Monkey Island is coming to Switch as a console exclusive. The highly praised and long awaited game from the original developer and writer Ron Gilbert, Return to Monkey Island was announced as “launching first for consoles on Nintendo Switch this year.” So, while no release date has been set, it sounds like Switch players will be first to walk the plank.
Persona 5 is finally coming to Switch. After being announced at the Microsoft and Bethesda Games Showcase this year as coming to PC, Xbox, and Game Pass October 21st with Persona 4 Golden and Persona 3 Portable coming in the future, Switch fans were feeling left out. But after rumours swirling around for years, it has finally happened. The Switch port for Persona 5 Royal has been confirmed to be releasing the same time as Xbox, leaving only those with a Steam Deck and Switch able to go portable with this JRPG.
Oh yeah, and Portal 1 & 2 are now out on Switch, so that’s also a thing that happened.

This week in game releases
On Thursday June 30 comes comedic adventure cross space combat game The Galactic Junkers to PC, Xbox One and PS4. The 30th is also day of the DLC’s, where Cuphead gets The Delicious Last Course for PC, Xbox One and Switch, Monster Hunter Rise gets Sunbreak for the Switch, and Outriders gets the Worldslayer “Upgrade” for PC, Xbox, and PlayStation.
And Friday July 1st the EA Sports Racing Sim F1 22 comes to PC, Xbox, and PlayStation. Also on the 1st, the 8-bit collection Parasite Pack containing 2D platformer Flea! and the grid-based challenge Tapeworm Disco Puzzle is coming to Xbox, PlayStation, and the Switch. 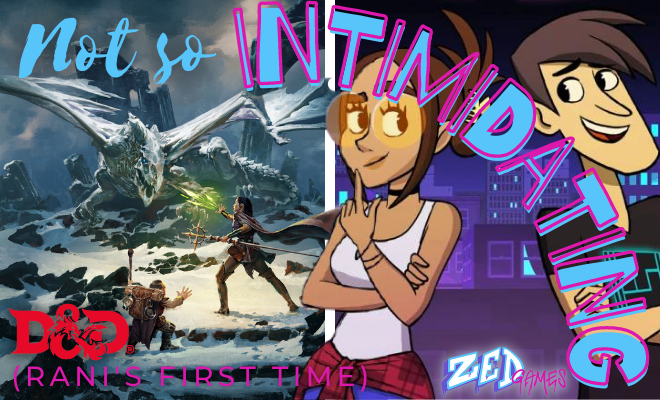 In Zed Games this week Zahra and Rani battle for control as they talk gaming news, Rani reviews Fire Tonight and Zahra tries to convince us all to give Dungeons and Dragons a go.

The US department of Justice antitrust division is looking into the Overwatch League over its soft salary cap policy. The idea behind this investigation is to determine whether the existing policies in the league are anticompetitive. An Activision Blizzard Esports spokesperson told Dot Esports in a recent statement, “we have received an inquiry from the DOJ and are cooperating accordingly, we deliver epic entertainment to our fans and support out players and team in producing the most competitive and enjoyable esports leagues in the world.” The soft salary cap had a threshold of $1.6 million USD in 2020 and if the team were to exceed that amount in annual player salaries Blizzard Esports would have to pay players’ salaries as well as that excess amount to the league as a luxury tax, thus making every dollar over 1.6 million twice as expensive. That luxury tax would then be distributed among the non-offending teams. It’s possible that only a few teams may have passed this threshold however the details are still unclear. A spokesperson from the DOJ declined to comment on the matter and the existence of an investigation. 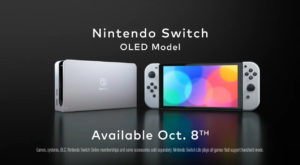 A recent surprise announcement from the gaming giants Nintendo showed off a new model of the console with a 7-inch OLED display as well as a bunch of other small hardware updates including bigger storage 64GB and wider kickstand, it even has a built-in ethernet port for all those Lan parties you’re having. There is also improved audio quality. The current Nintendo Switch has a slightly smaller display at 6.2 inches and only 32GB of storage. The Nintendo Switch OLED will be released on the 8th of October at $539AUS and they are available for pre-order now.

It’s that time of year again where Games Done Quick raises money for good causes. For over 10 years, Games Done Quick has been raising money via speedrunning. Basically, a bunch of awesome volunteers play games at incredible speed for entertainment. The events are live streamed on Twitch.tv nonstop from the 5th of July until the 10th of July. Each streamer will share some tips and tricks around how they get the fastest times from their speed runs. This year’s charity will be Doctors Without Borders which is an international medical humanitarian aid organisation that works in over 70 countries providing lifesaving medical care and speaks out about what they have seen in those areas. Their work aids people based solely in need, irrespective of race, religion, gender, or political affiliation. If you’d like to check out Games Done Quick and how you can contribute by clicking here. Facebook looking to inject Advertisements into Paid Oculus Content.
Earlier this week Facebook announced the integration of paid advertisements into Oculus VR games. This initiative was introduced by Facebook to “explore (sic) new ways for developers to generate revenue”, and hints that the advertisements would be used to assist in subsidising VR products to be ”more accessible” at “consumer-friendly prices”. The Verge also reports that Facebook is searching for new ways to implement these unobtrusive ads and new ad formats, all of which are personalised through the user’s Facebook profile and Oculus store history.
Blastion, the first of the games to publicly have the advertisements implemented, have already announced they will be backing out of the trial. Tommy Palm, Resolution Games CEO announced, “Some good points have been made, and we realize that Blaston isn’t the best fit for this type of advertising test.”

Ireland teams up with Assassins Creed for Gaming Tourism
Historically, games have relied on the experience of seeing real-life locations simulated in games to evoke a response in gamers, yet Tourism Ireland is seeking to reverse this in a post-pandemic world to create gaming tourism. This week Tourism Ireland has teamed up with Ubisoft creating a showcase of in-game Irish locations and their real-life locations from the latest DLC for Assassins Creed Valhalla: Wrath of the Druids. Tourism Ireland has also collaborated with several influencers on Twitch with followers in “key tourism markets, including Great Britain, Germany, France, Spain and the Nordic countries”, all with the aim to “inspire [gamers] to come and explore [the locations] in the real world.”

Xbox Design Lab is Back – but not for Aussies.
With the re-release of Xbox Design Lab gamers in the US, Canada and most Western European Countries can finally customise their controllers. While this does not include the Xbox Elite controller, it does offer 18 different colour options for most parts of the controller, with pre-set options for the menu and ABXY buttons, and the option for a 16-character engraving, all on the newly designed Xbox Series X/S controllers. But be careful with your choices – due to the customisation, refunds are currently unavailable… if we could get them in Australia anyway.

Quick Game Bytes;
GTA Online support for PS3 and Xbox 360 will be shut down on the 16th of December of this year. In the lead up to the shutdown, purchases of in-game currency for these systems will be no longer be available. However, the next-gen console release has been announced for later this year.
And Overwatch now has cross-play support. Now you can go head-to-head with your friends on PlayStation, Xbox, Switch, and PC in Quick Play, Arcade, and Custom matches. Due to the unfair advantage PC players have with a mouse and keyboard, PC players will only be matched with other PC players in Competitive Ranked matches.

And now for some game releases
On the 25th of June, Mario Golf: Super Rush is coming to Switch. Super Squad, a team based, online multiplayer, top down, shoot-em-up is coming to PC. And Bandai Namco’s RPG, Scarlet Nexus is coming to everything but Switch.
Coming out on the 29th of June is Curved Space, an arcade, twin-stick shooter on everything but the Switch.
On the 30th of June the visually unique puzzle platformer, A Tale of Synapse: The Chaos Theories comes to PC and the Switch, and finally Doki Doki Literature Club Plus comes to PC, PS4 and 5, Xbox One and X, and the Switch.